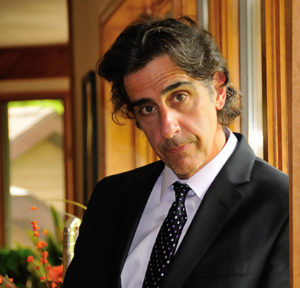 “Every once in a while, a bold face name in the entertainment industry slips into Madison under the radar, like Jimmy Brandmeier.” Doug Moe, The Capital Times, Madison WI.

Jimmy Brandmeier’s deep-rooted music industry experience combined, with his passion for guiding students in music and life, make him a different, and inspiring teacher. His credo is simple, empowering and rare; be who you are—inside and out—no matter what, no matter how far!

Mr. Brandmeier was President of Monarch Records, a division of Tambourine Inc. in San Francisco. As President of Monarch he’s led teams that set the standard for special markets in music—generating millions of dollars through Brands and Bands Campaigns. He also served as Director of Artist and Repertoire for Tambourine’s three labels (Unison Records in Nashville and Sugo and Monarch Records in San Francisco.) As Director of A&R, he was responsible for product development, artists and music production on all three labels.

Brandmeier has an unrelenting persistence to convert ideas into actions that produce results. He’s a Summit Award winning marketer who’s garnered acclaimed media attention for his music and marketing company 180 Music—landed an exclusive brands and bands alliance with Target Stores nationwide—distribution deal with Universal North America and Sony music in Japan—developed credibility within the industry for having a reputation as an innovative thinker.

He’s a Telly Award winning writer, who has produced and performed on a wide variety of Branded CDs found in major specialty market outlets, (Sharper Image, Brookstones, Bed Bath & Beyond, W.H Smith, American Greetings). In an eclectic range of styles, Brandmeier has developed concepts, composed and produced CD’s that have sold hundreds of thousands of copies worldwide.

Jimmy Brandmeier’s philosophy in business and in life is very simple “Be Who You Are. Use your talent to serve”.